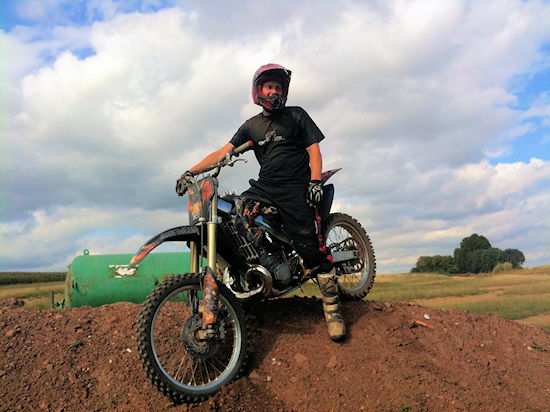 Welcome to Xtreme MotoX, my name's Darrell and I've been glued to a dirt bike since the age of 12! I started this website after realising that there was very little information online regarding a massive range of important dirt bike, and motocross related questions that riders are asking.

Most of the websites that are answering questions are usually biased because they're trying to sell bikes or equipment, and that's just no good for uninformed beginners. So this website will contain nothing but honest answers to questions, guides, advice, and reviews on products I've actually used; all written by myself.

When, why and what I started riding

As a child I was obsessed with dirt bikes, I live in an area surrounded by woodland, and every time my parents would take me into the woods we'd see dirt bikes screaming along the tracks. My Dad grew up in the 50's and he rode dirt bikes throughout the 50's, 60's, and into the 70's, winning multiple races and running the local club. He obviously told me stories that further increased my obsession, but he wouldn't let me have a dirt bike.

Riding the early motocross bikes, my Dad saw a lot of nasty accidents, which eventually lead to him retiring from the sport. Metal side panels had caused massive injuries, and even fatalities in the sport, and seeing a friend of his wheeled around the pits in a wheel chair after a big crash was the decider. He didn't want me riding dirt bikes because he saw the suffering the early days of the sport had caused.

I remained very keen throughout my childhood, reading Dirt Bike Rider every month, and buying all of the motocross videos I could get my hands on. Until the age of 12 when my dad finally gave into my constant nagging. I started off riding old school Suzuki's, progressing up to an RM 125 at the age of 17. By this time I had started doing freestyle tricks, and going to the track just to jump had become my new passion.

I took 2 years out to get my driving license, and to go to college, but I couldn't be away from the sport for that long, so I came back to a KX 125 at the age of 20. The 125 cc just wasn't doing it for me anymore, so I moved up to the KX 250 2-stroke, and had a good two years of racing the higher class. In the next seven years I went through 4 new dirt bikes, remaining on the 2-strokes, but settling with the Honda CR250R which I still love.

Quitting, and my return

In 2000 I started riding with a friend who would become my full time riding partner, every time I rode he'd be there. We pushed each other further every time we hit the track, which lead to a massive improvement in both of our skills on a dirt bike. We both had a passion for jumping, and being on two wheels was a way of life.

I had an awesome 12 years riding with Sean, until tragedy struck in 2012 when he was stabbed and killed. I was broken, and just couldn't get back on a bike. Riding just felt empty, as every time I had ridden for the past 12 years, he'd been by my side, challenging me, and making it all the more fun.

I left the sport and started flying paramotors to give myself the adrenaline rush my body was craving after leaving the sport. (Check out my paramotoring blog here). One day I went flying and one of the guys had a KTM 300 EXC in his van, obviously I asked for a go on it, and I was instantly hooked again. I returned to the sport and will never look back.

This website is dedicated to my Dad and my best friend and riding partner Sean, both pictured below. 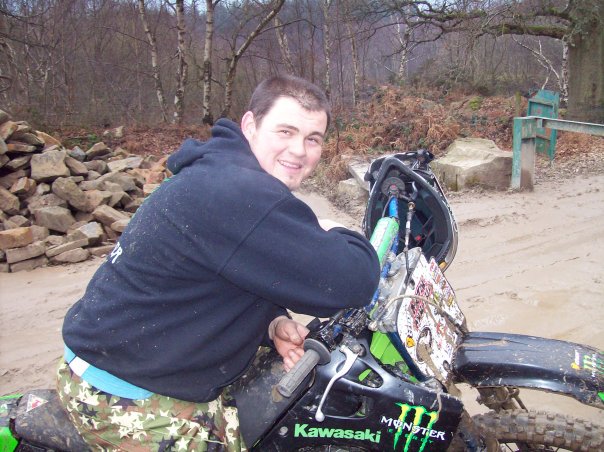